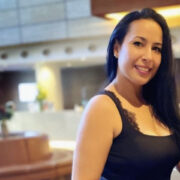 Chinese cuisine is a diverse and rich culinary tradition that has evolved over thousands of years. It is known for its use of a wide variety of ingredients, complex flavors, and cooking techniques.

Chinese cuisine is one of the oldest and most diverse in the world. It is characterized by its use of a wide variety of ingredients, including meats, seafood, vegetables, and grains. Chinese cooks also use a wide range of techniques, such as stir-frying, steaming, and braising, to bring out the flavors of these ingredients.

The History Of Chinese Cuisine

Chinese cuisine has a long and rich history that stretches back thousands of years. The earliest known Chinese cookbook dates back to the Han Dynasty (206 BC-220 AD), and it is believed that Chinese cuisine began to take shape during the Shang Dynasty (16th-11th century BC). Over the centuries, different dynasties and regions developed their own unique styles of cooking. For example, the imperial court of the Ming Dynasty (1368-1644) was known for its luxurious and elaborate dishes, while the food of the common people was more simple and rustic.

Influence Of Other Cuisines

Chinese cuisine has also been influenced by other cuisines throughout history. For example, the Silk Road trade routes brought new ingredients and cooking techniques to China from the Middle East and Central Asia. Similarly, the arrival of Europeans in China during the 16th century introduced new ingredients such as potatoes, tomatoes, and chili peppers, which have since become staples of Chinese cuisine.

Chinese cuisine uses a wide variety of ingredients, each with their own unique flavors and nutritional benefits. Some of the most commonly used ingredients include:

Other ingredients that are commonly used in Chinese cuisine include scallions, sesame oil, oyster sauce, hoisin sauce, and five-spice powder. Chinese cuisine also widely uses vegetables such as bok choy, Chinese broccoli, Chinese cabbage, and Chinese eggplant in their dishes. Meat such as pork, beef, chicken, and duck are widely used in Chinese dishes. Seafood such as prawns, scallops, and fish are also commonly used. Chinese cuisine also uses a wide range of mushrooms in their dishes, adding an umami flavor to the dishes.

Some of the most popular dishes of Chinese cuisine include:

Chinese cuisine is a diverse and rich culinary tradition that has evolved over thousands of years. With its complex flavors, use of a wide variety of ingredients, and cooking techniques, it has become one of the most popular and beloved cuisines in the world. From the imperial courts of the Ming Dynasty to the streets of modern-day Beijing, Chinese cuisine continues to evolve and delight diners with its delicious and varied dishes.

How to Make a Delicious Cosmopolitan Cocktail in 3 Different Ways

Here is How to Make Delicious Chicken Tacos