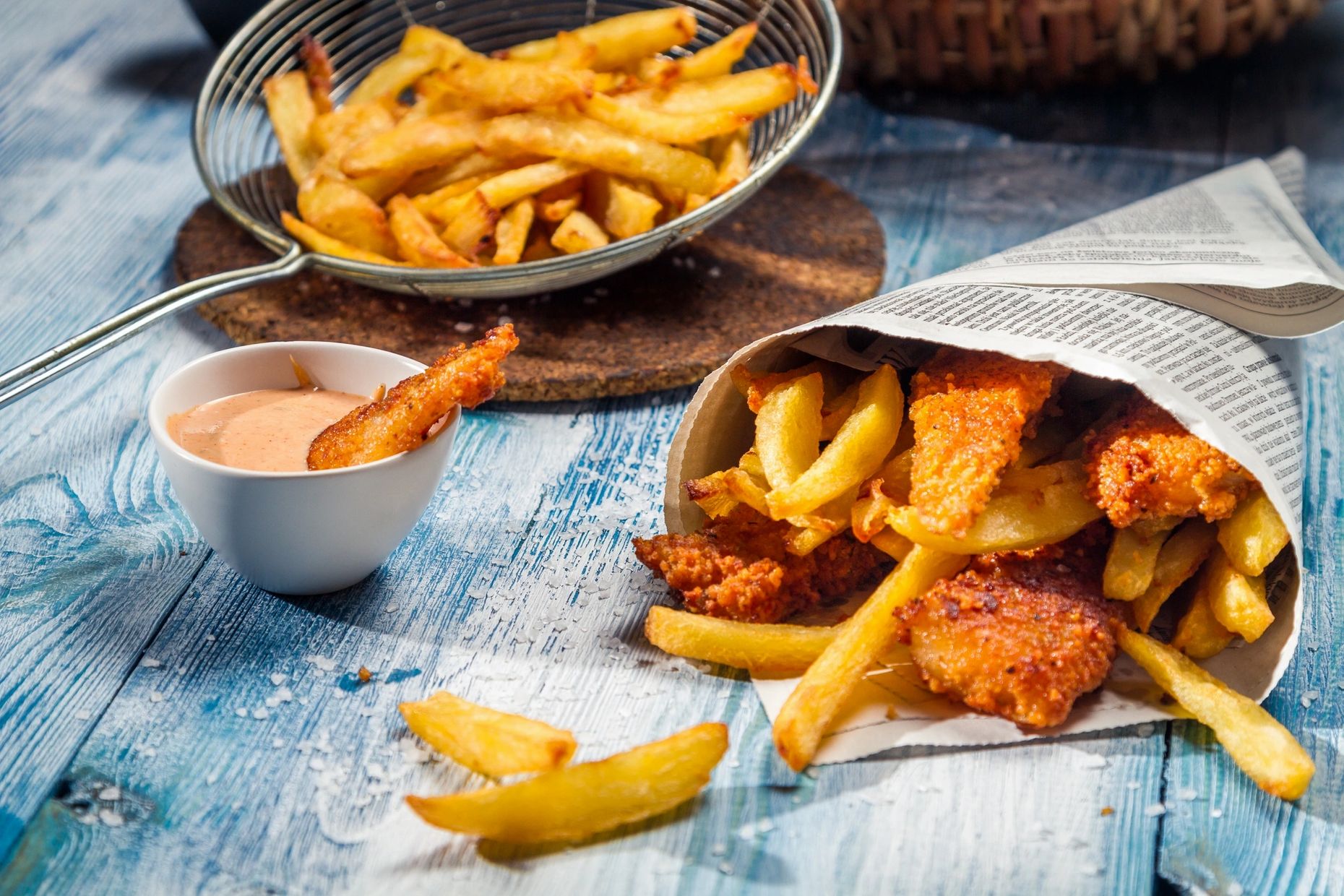 French fries or knows as fries are potatoes that are prepared by cutting them into slices or in the shape of sticks and frying them in hot oil until golden brown, removing them from the oil and then seasoning them with salt. We all probably love French fries, and we enjoy eating them with a burger or with anything…

French fries are food that became very popular all over the world, to understand it better today we will learn about the origin of French fries. Have you ever wondered where the French fries recipe comes from? Every person that loves fries should know the history behind these delicious and crispy potatoes.

The origin of the French fries is disputed between Belgium and France. The Belgian origin version of French fries says that low-income families in the late 18th century living in Namur, Dinant and Andenne, used to prepare hot fat or oil to fry small fish that they fished on the banks of the Meuse River. But when the river froze and getting those small fish was not possible, these families cut potatoes in the shape of a stick, imitating the small fish they had not obtained and fry them in the oil or fat that they had heated.

A Journey Through The History Of The Chinese Cuisine

In France, they claim the origin of this dish with the help of the American people. When the American soldiers arrived in Belgium, they tasted this dish and called it French fries, but this name was only due to the language of Belgium, not the locality of the dish. However, many Americans offer as proof of the French origin of French fries a passage from a manuscript by former President Thomas Jefferson that says something like “Potatoes cut small and fried while they are raw” and is titled French Fries. Meanwhile, the French assure that it was they who gave rise to this dish and include it as part of the national culture.

Is The USA a Good Wine Producer?

The History of The Chinese Spring Rolls

Why Do We Love Burgers?