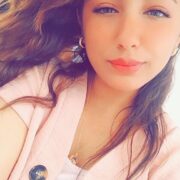 Nouha is a passionate journalist and a foodie with valuable…

Focaccia is a type of Italian flatbread that is usually baked in a large, shallow pan and topped with herbs, oil, and sometimes cheese or other ingredients. It is often served as an appetizer or a side dish, but it can also be used as a base for sandwiches or as a pizza-like topping.

The origins of focaccia can be traced back to ancient Rome, where it was made with a simple mixture of flour, water, and salt. It was originally used as a cheap and convenient way for Roman soldiers to carry their food, as the bread could be easily wrapped around other ingredients or eaten on its own.

Over the centuries, focaccia has evolved and become a popular bread in many parts of Italy. In the Middle Ages, it was often served to peasants as a cheap and filling food, and it was also used as a base for other dishes, such as pizzas. In the modern era, focaccia has become a more upscale food, and it is often served as an appetizer or a side dish in restaurants and at special events.

Focaccia is now enjoyed around the world, and it is made in many different variations, depending on the region and the personal preferences of the baker. Some common toppings include herbs, cheese, olives, onions, and tomatoes, and the bread is often drizzled with olive oil or brushed with garlic butter before serving. No matter how it is prepared, focaccia remains a beloved and enduring part of Italian cuisine.

Here is a recipe tip for the traditional focaccia recipe:

To add extra flavor to the focaccia, try mixing in some herbs or other ingredients to the dough before baking. Some options might include minced garlic, chopped fresh herbs (such as rosemary or basil), olives, sun-dried tomatoes, or grated cheese. You can also try topping the focaccia with additional herbs or cheese before baking, or drizzling it with flavored oil (such as truffle oil or chili oil) after it comes out of the oven. Experiment with different combinations to find your favorite flavors!

Satisfy Your Sweet Tooth With These Easy Vegan Brownies

Nouha is a passionate journalist and a foodie with valuable knowledge in the health and nutrition industry. Nouha worked closely with nurses and doctors treating patients with diabetes, nutrition disorder and weight loss. Nouha is currently studying to become a nurse at the University of Glasgow, Scotland.

Abacha, One Of The Most Delicious Dishes Of African Cuisine

Caipirinha Recipe – Learn How to Make This Easy Brazilian Cocktail

All You Need to Know about Olive Oil

Shrimp Salad Recipe and Five Ways to Eat it