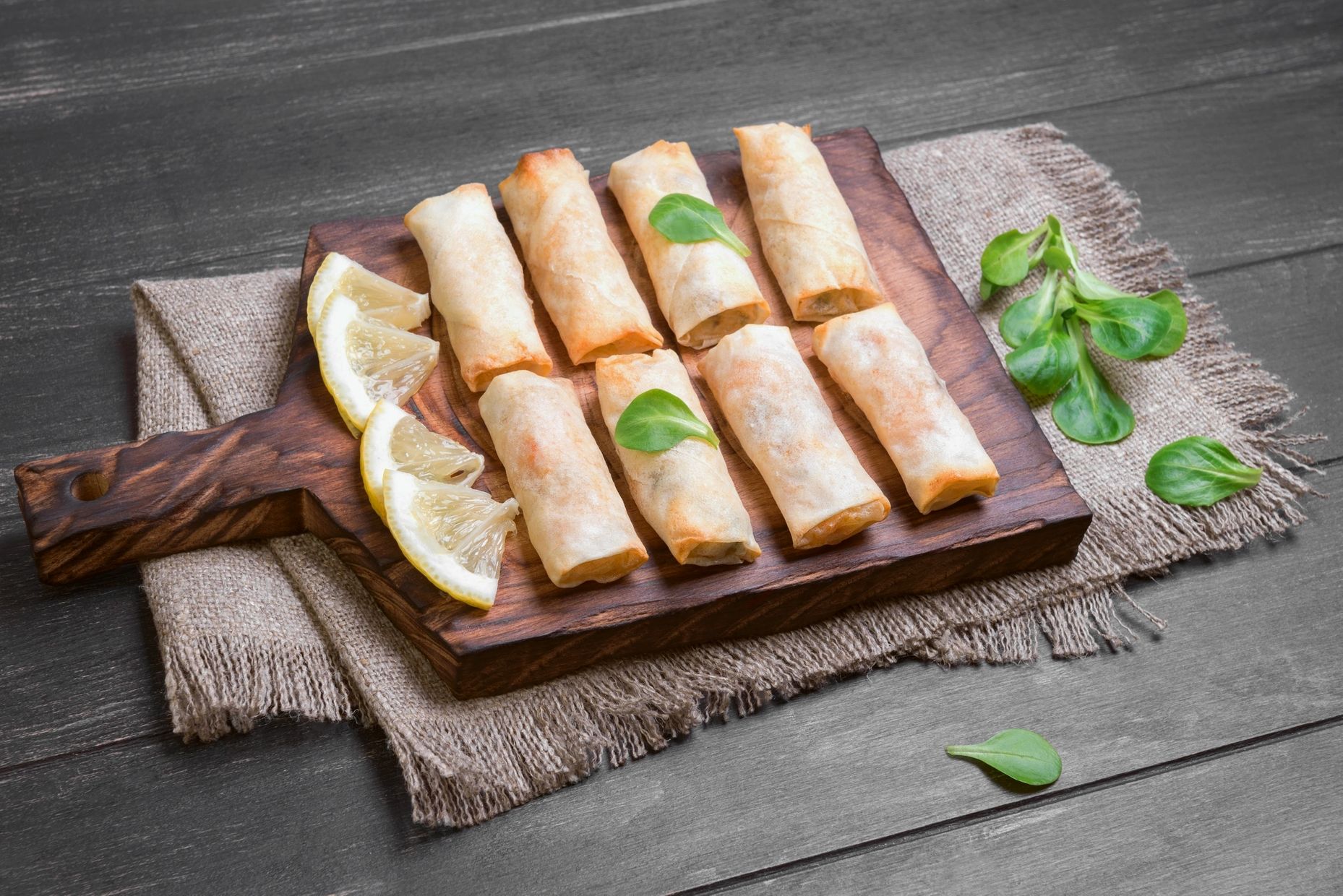 Spring Rolls is a Chinese dish that may seem simple and easy to make initially, but this millenary dish has a surprising history. This unique dish dates back to ancient China, around the Tang Dynasty (618 -907). In those times, spring rolls were a popular food consumed mainly during the celebration of the “Spring Festival”, which is why it adopted its current name and coincided with the beginning of planting, as a symbol of obtaining future and good harvests. This festival, also known as “Chinese New Year, ” is one of the oldest and most important Chinese cultural celebrations.

Nowadays, spring rolls are part of many Asian gastronomies, and there are several types and styles of spring rolls that vary depending on the country and the ingredients used. Spring rolls are very delicious frying that has become very popular around the world. They can currently be found in one of its many varieties on the menu of any Asian restaurant.

Spring rolls can be filled with any ingredients you like. However, some of the most popular ones found in restaurants are tofu, vegetables, bamboo, chicken, cheese, and ham.

Spring rolls can be made in two ways: 1) with a wheat flour paste (China), 2) with a rice flour-based paste (Vietnam and Thailand) that is spread and the ingredients are placed on it that will be its content that will depend fundamentally on the region and the time of year in which they are made.

Traditionally, spring rolls are part of the Chinese New Year festival that is usually celebrated around spring.

Spring rolls have a special symbolism on these dates as they resemble the silkworm that is reborn from its cocoon. Spring rolls are also served at Qingming festivals. Spring rolls are served hot, freshly made, sometimes with festive decorations. They can be served with sweet and sour sauce or soy sauce.

Relishing The Cuisine Of The Swedes

Satisfy Your Sweet Tooth With These Easy Vegan Brownies

Are the French Fries Really French?