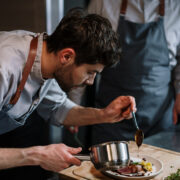 Antonio Rossi is an experienced Chef from one of the…

How To Choose The Best White Tea

While Belgium accounts for only 1% of global beer production, its beer production per capita is 10 times the global average. While it’s not the largest brewery in Europe, with an annual production capacity of around 2 billion liters (the top spot goes to Germany), it certainly wins for the diversity and versatility of its beer culture. This is something recognized worldwide.

Nearly two-thirds of Belgian beer production is exported. From this point of view, Belgium is undoubtedly the European champion. But what makes Belgian beer culture so unique that it has been declared a UNESCO World Heritage Site?

Belgium Has A Variety Of Beer Styles

There are approximately 180 breweries across Belgium with beer styles to satisfy your palate. But not just beer. There are specific glasses for certain types of beer. There is a good story. The Belgian government has requested that beer culture be included in UNESCO’s intangible cultural list. So it’s not just the beer itself.

Belgian beer culture is most evident in each pub’s variety of beers on offer. A typical beer menu includes at least six draft beers and two dozen bottled beers of various styles. In addition, some tasting cafes offer over 100 beers and a dozen draft beers.

The Tasting Cafe also offers tastings for groups of four or more. For example, a group of four can order four beers and get 16 glasses to share, allowing each member to taste 1/4 of each beer. In addition, there are dedicated beer supermarkets in Belgium, offering a wide range of beers from several manufacturers. Finally, many restaurants provide beer on the menu or double as cafés and restaurants.

Belgium Has A Long Beer Tradition

Belgium is home to some of the world’s most important beer styles and traditions – some important, some silly. They are cask aging tycoons; they put many beers in casks and aged them with fruit; they showed the world that 9% of beer should not be drunk from cans and brown paper bags but should be drunk in tall glasses in the sun. However, they will sometimes ask you for a pair of shoes as a deposit for a pint. Serious.

Belgian beers are enormous in quantity and exceptional in quality, variety, and cultural significance. Every beer seems to have a history and character independent of its neighbors on the shelf.

Belgian beer culture runs deep. It has been run by families, farmers, and monks for centuries, resulting in a wide range of indigenous beer styles. Belgian beers come in various colors, flavors, flavor profiles, and alcohol strengths. There is a wide variety, so everyone can find a beer to suit their taste.

A Variety Of Microbreweries

Many local Belgian beers are brewed in small breweries. These range from small microbreweries run by individuals or small amateur clubs, producing less than ten hectoliters of beer per year, to large commercial operations producing thousands of hectoliters per year.

There are also beer companies that sell beer under their labels (sometimes using their recipes) and local brewers who serve as labels or “contractors” who brew beer for them. Several large breweries and two global players, Inbev (formerly Interbrew/Stella Artois) and Alken-Maes (Heineken Group).

The Consumption Rate In Belgium

Belgium’s first microbreweries were established in the 80s when brewers focused on specialty beers. Consumers have become more demanding and have also given a massive boost to this movement. Small craft breweries can cater to individual tastes. Many craft breweries also produce single-batch beers to experiment with flavors that disappear from the market later. The beer market has become more entertaining, with consumers sitting around the dinner table discussing and debating beer flavors like never before. So the trend of craft beer has enriched the beer culture.

Most Belgian breweries are small family businesses. However, some major international companies own breweries in Belgium, such as AB InBev and Duvel Moortgat. These breweries produce some of Belgium’s most famous beers, such as Stella Artois and Leffe.

5 Of The Best Cocktail Bars In The World